WHAT IS CLIMATE CHANGE?

I UNDERSTAND + I ACT

GET UP TO SPEED

WHAT IS CLIMATE CHANGE?

We call global variations in the earth’s climate climate change. This variation is due to both natural causes and to human activity and it has an impact on all aspects of the climate. Temperature, rainfall, clouds… In very different timescales.

The main features of the climate change that is occuring are:

Back in 2001, the 3rd evaluation report of the intergovernmental panel on climate change (ipcc🙂 reported that there is increasing evidence of the existence of climate change and the impacts that result from it. On average, in the 20th century:

The summary report of the 5th ipcc evaluation (2014) concluded that:

“Human influence on the climate system is clear and growing, with impacts observed across all continents. If left unchecked, climate change will increase the likelihood of severe, pervasive and irreversible impacts for people and ecosystems. However, options are available to adapt to climate change and implementing stringent mitigations activities can ensure that the impacts of climate change remain within a manageable range, creating a brighter and more sustainable future.”

Climate change is already here and can be seen all over the planet with rising average temperatures and sea levels, ice melts in the arctic and an increasing number of extreme events.

Climate change has specific features in each area of the planet. The following effects have been noted in Spain:

Aemet is the spanish state meterological agency. Among its many tasks is to prepare and update spain’s climate change scenarios.

Climate change affects us all. The potential impact is enormous, with predictions of a lack of clean water, major changes in food production conditions and increased mortality rates due to floods, storms, droughts and heatwaves.

The summary report mentioned above confirms that:

“Climate change is being registered around the world and warming of the climate system is unequivocal. Since the 1950s, many of the observed changes are unprecedented over decades to millennia. The atmosphere and ocean have warmed, the amounts of snow and ice have diminished, and sea level has risen”.

Climate change is not just an environmental phenomenon; it has far-reaching economic and social consequences. The poorest countries, which are least prepared to face rapid change, will be the ones that suffer the worst consequences.

The same summary report has clear arguments to support these statements:

“Many risks constitute particular challenges for the least developed countries and vulnerable communities, given their limited ability to cope. People who are socially, economically, culturally, politically, institutionally, or otherwise marginalized are especially vulnerable to climate change.”

“Substantial and sustained reductions of greenhouse gas emissions are at the core of limiting the risks of climate change. And since mitigation reduces the rate as well as the magnitude of warming, it also increases the time available for adaptation to a particular level of climate change, potentially by several decades.”

As a result, although there is some uncertainty that makes it impossible to make a precise calculation of the climate changes expected, the information validated so far is that we have enough time to implement immediate measures, in accordance with the precautionary principle referred to in article 3 of the united nations framework convention on climate change (unfccc).

WHAT CAN WE DO?

There is an institutional framework, whose milestone is the Paris Agreement (2015), that determines the international political commitments made to take action to fight climate change.

The objective is to keep the global average temperature increase below 2 °C above pre-industrial levels, and to continue efforts to limit it to 1.5 °C.

In order to achieve this goal, greenhouse gas emissions must be reduced. This requires switching from our current dependence on fossil fuels to produce energy:

We already have the technological capacity to decarbonise the economy, particularly the energy sector. Energy generation technologies with renewable source of energy are already economically competitive. We are experiencing a technological revolution which is favourable to the climate. Innovation and creativity must drive and speed up solutions to climate change.

Fossil fuels are also the origin of another hefty problem, which is air quality and its impact on health. We must find solutions to both problems together. For example, solutions to mobility, reducing local pollution and therefore improving people’s quality of life.

We need to act immediately. Every minute counts… There is no time to waste. We still have time to stop climate change and mitigate the consequences. The risk lies in doing nothing.

Climate change is a source of opportunities for everyone. Although this process is full of risks, it is also an opportunity to make the world a better, cleaner place, with a better quality of life for those of us who live here.

To achieve all these goals, we have work together. It is important that we leave nobody behind. This is a journey that we must all make together: cities, regions and countries. Public and private organisations. Companies, NGOS and government. Children, young people and adults. 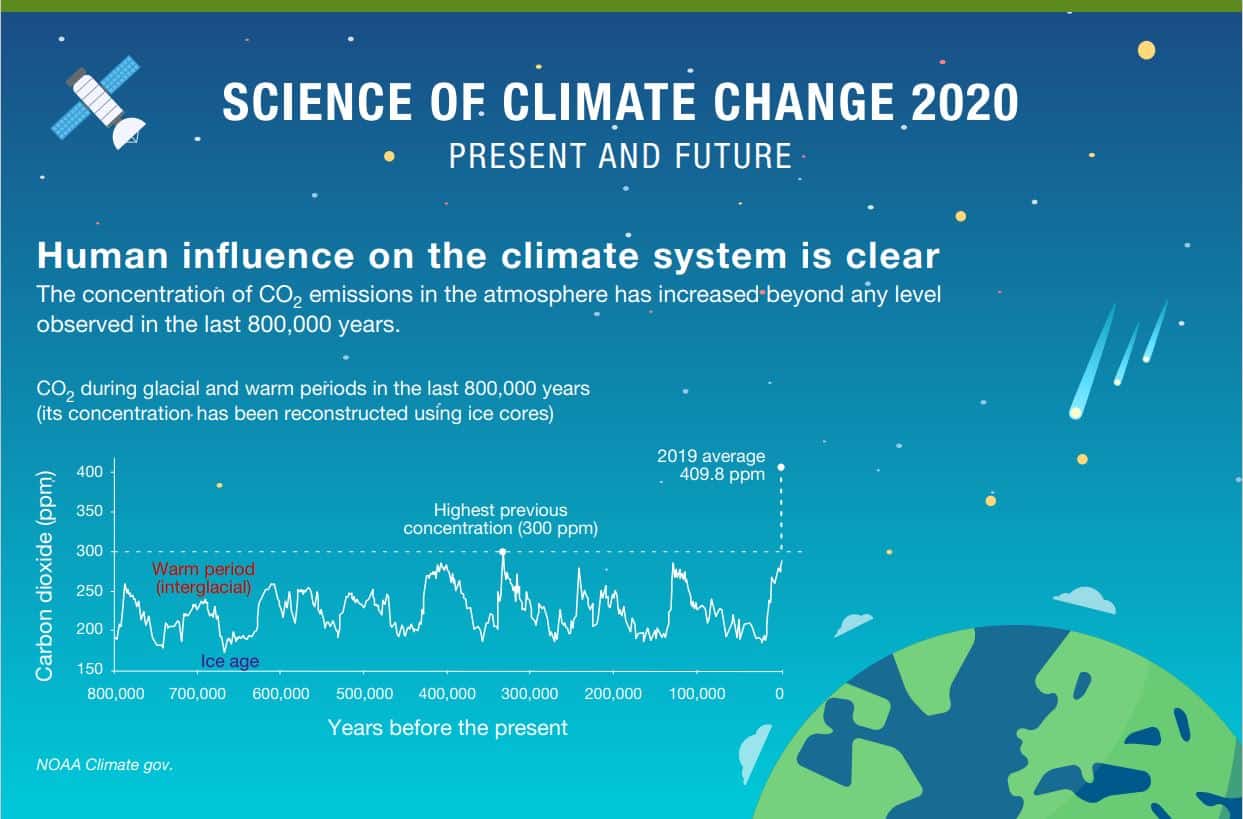 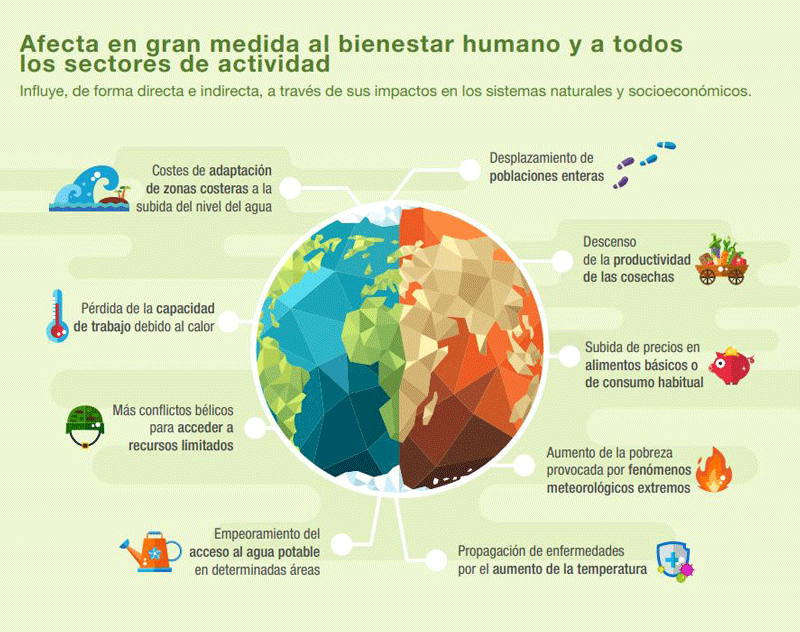 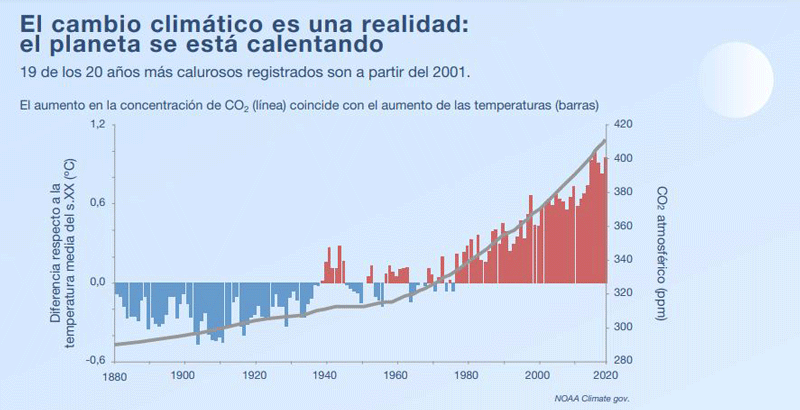 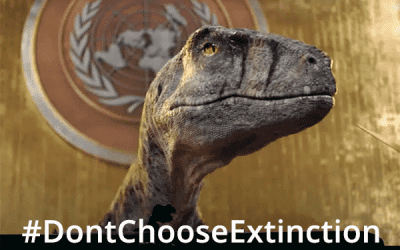 Frankie the velociraptor dinosaur speaks at the UN Assembly and gives us a clear message from his experience: “Don’t choose extinction”, #DontChooseExtinction. What will we humans do?

END_OF_DOCUMENT_TOKEN_TO_BE_REPLACED 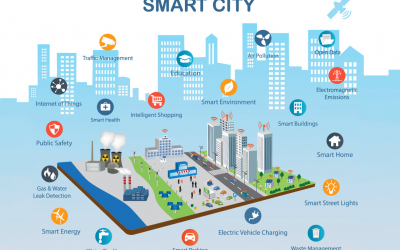 Do you live in a Smart City?

Smart cities have become necessary in recent decades as more and more people live in them. How to get your number to increase in the world

END_OF_DOCUMENT_TOKEN_TO_BE_REPLACED 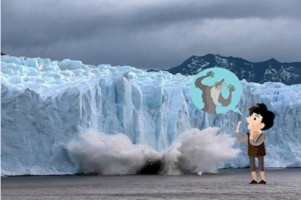 Pedrito and the wolf, or how not to educate about Climate Change

The key to empowering your students in climate action is to avoid resorting to the climate apocalypse and focus on positive messages about what we can do to win the battle.

Educaclima uses its own and third-party cookies to allow navigation, analytical purposes and to show you personalized advertising based on to a profile made from your browsing habits (for example, pages visited). Click HERE to access our Cookies Policy. You can accept all cookies by pressing the "ACCEPT" button or configure or reject their use by pressing the "CONFIGURE" Button
SET UPACCEPT
Manage consent

This website uses cookies to improve your experience while you browse the website. Out of these cookies, the cookies that are categorized as necessary are stored on your browser as they are essential for the working of basic functionalities of the website. We also use third-party cookies that help us analyze and understand how you use this website. These cookies will be stored in your browser only with your consent. You also have the option to opt out of receiving these cookies. But opting out of some of these cookies may affect your browsing experience.
Necessary Always Enabled
Technical cookies are absolutely essential for the website to function properly. These cookies guarantee basic functionalities and security features of the website, anonymously.
Functional
Functional cookies help to perform certain functionalities like sharing the content of the website on social media platforms, collect feedbacks, and other third-party features.
Performance
Performance cookies are used to understand and analyze the key performance indexes of the website which helps in delivering a better user experience for the visitors.
Analytics
Analytical cookies are used to understand how visitors interact with the website. These cookies help provide information on metrics the number of visitors, bounce rate, traffic source, etc.
Advertisement
Advertisement cookies are used to provide visitors with relevant ads and marketing campaigns. These cookies track visitors across websites and collect information to provide customized ads.
Others
Other uncategorized cookies are those that are being analyzed and have not been classified into a category as yet.
Powered by